Scuba Diver Basic Skills is a course in recreational diving where the goal is to give the student the ability to plan and execute dives in open water to a maximum depth of 30m using air or Nitrox as breathing gas.

After passing the course, the student is able to:

Single cylinder with a capacity of at least 2000 litres of gas.

Suit made for the current temperature conditions.

Fins with good force are recommended.

An instrument to show at least time and depth mounted on the right arm.

A compass mounted on the left arm. 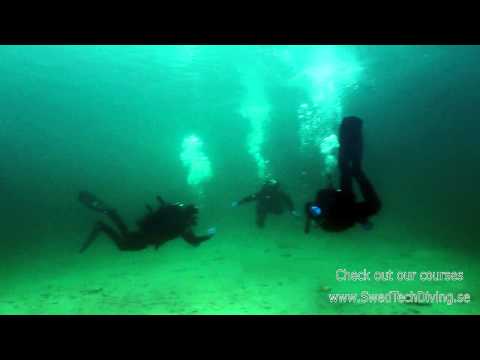